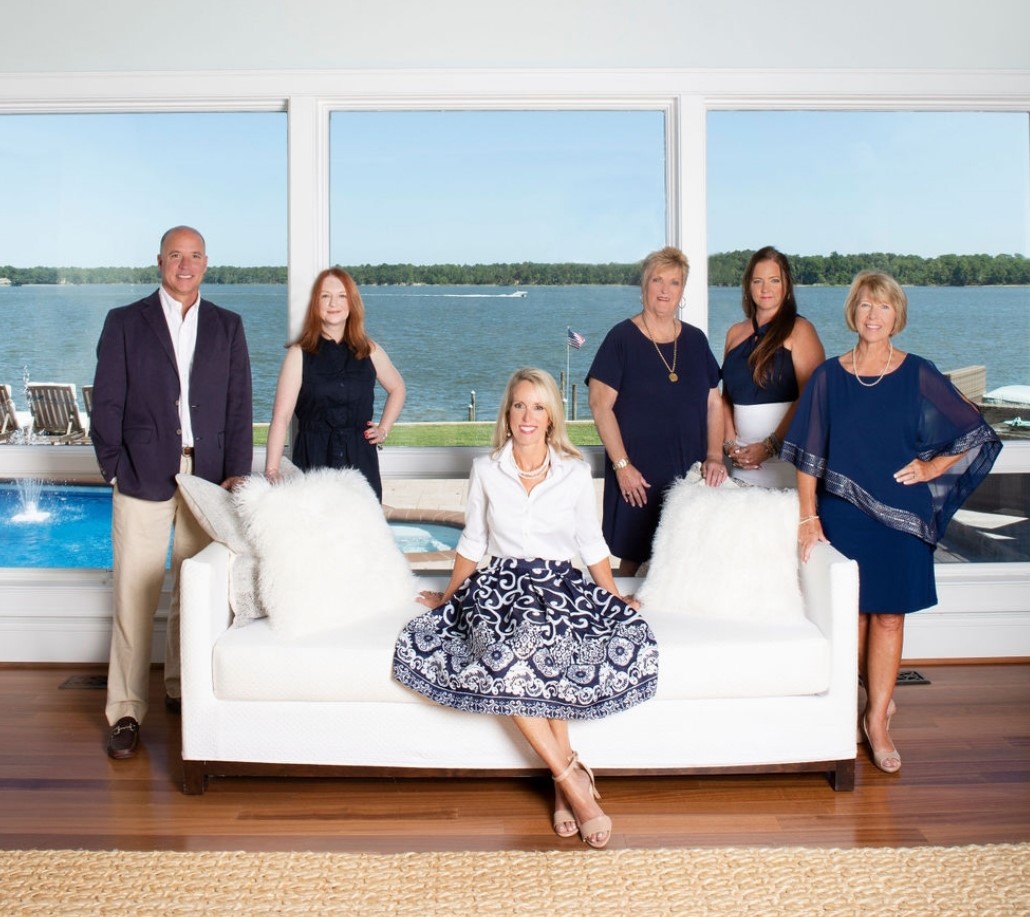 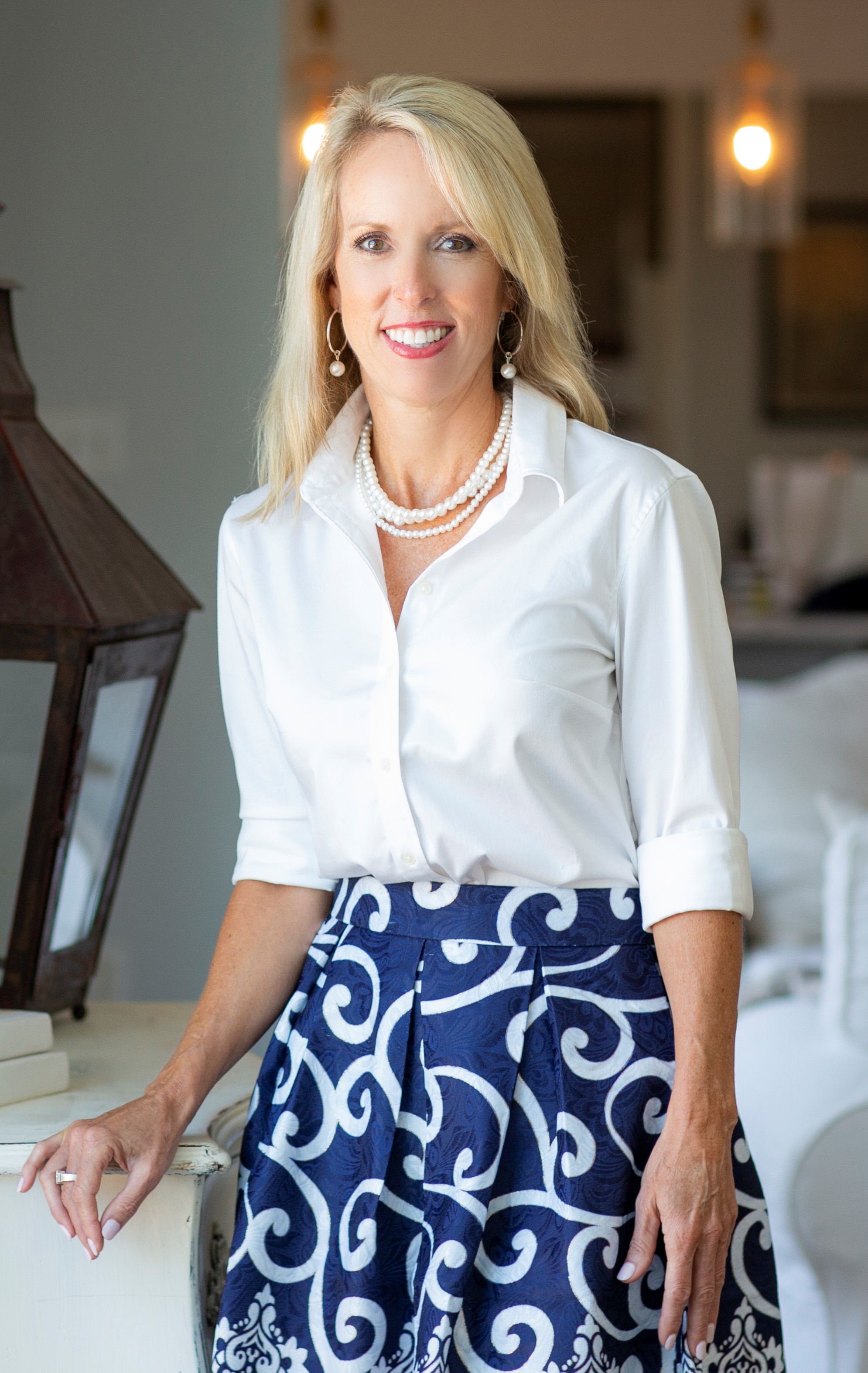 Susan is a native of Tidewater, Virginia and grew up boating on the waters of the Middle Peninsula off of the Chesapeake Bay. Having a love for the water and homes, it was natural for Susan to begin a career in real estate. Her passion for people and being from a real estate family made it an easy choice for her to get her license in 2001.  Before she started her career, she worked in public relations and banking after graduating from James Madison University in 1987. Susan also raised three children and has lived all over the United States and in Europe. So, she truly knows the ins and outs of moving! She is very passionate and enthusiastic about helping her clients achieve their real estate goals, whether it’s connecting her clients with the right home to purchase or marketing their home to sell. A top producer, Susan’s experience and dedication to serving her clients is something you can trust. Susan knows the importance of responding quickly to your real estate questions and needs, and will go above and beyond the call of duty to help her clients. Susan enjoys spending time with her family and friends, traveling, boating, gardening and giving back to her community.

Helen has over 25 years experience in the real estate field. She is a graduate of the Alpha College of Real Estate and a GSH RightStart™ Program member. She is also a member of the Virginia Association of REALTORS® and the Chesapeake Bay and Rivers Association of REALTORS®. In addition to being a real estate broker, she has credentials as a Graduate of the Real Estate Institute (GRI). In addition, she is a Registered Nurse (RN) and worked in many facets of the medical profession prior to going into real estate in 1985. She attended James Madison University and John Tyler Community College.

Haley Real Estate has a history of leadership and a culture of professionalism. This reputation attracted Beth Tripp to the team at Haley Real Estate. Her professional experience includes a background in development, special events and most recently children’s ministry. The common thread throughout her career incorporates her genuine love for people, integrity, energy, hard work, and creative services. Beth grew up in Raleigh, NC but has lived in eastern Virginia for 25 years. Her recent move to Gloucester has sparked a new enthusiasm for this quaint and historical area. She has a passion for history and all things old especially farm houses and horse properties. Beth understands that the right school and neighborhood are just as important as finding the perfect home. The welfare of her clients is top priority. With a psychology and math degree from St. Andrews she is married with two children and loves everything outdoors. When Beth is not riding her horse, she enjoys managing her Gloucester farm, paddle boarding the local waterways and boating with her family.

John was born and raised in Urbanna, Virginia. He has prepared for a career in real estate since being a young man by helping family friends build their home on Urbanna creek. After graduating from James Madison University in 1991, he began his career in property management for a Northern Virginia firm that specialized in managing HOA communities. John was then called to his family’s business, Milby Lumber Company, in 1996. He served as Vice President and Secretary until 2010. During his years at the lumber company, John learned not only the value of land, but the value of the timber on the land.
Needing a new challenge, he and a group of fellow Urbanites formed the Chesapeake Development Group, LLC. and acquired the old Urbanna Inn in 2009. After rehabilitating The Inn, it was reopened as The Chesapeake Inn with John acting as Managing Partner. Giving back to his community is important to John, not only professionally, but personally. John served as a board member of the Middlesex Art Guild and Co-Chair of Art on the Half Shell. He has also served on the Board of the Urbanna Business Association. In his free time, John enjoys traveling, being on the water and racing his cocktail class boat. John joins Haley Real Estate ready to use his talents to assist buyers and sellers alike with some of their most important acquisitions.

A native Virginian, Laura moved to her husband’s hometown of Gloucester from Charlottesville in late 2009. Laura joined the Haley Real Estate family in the Summer of 2018 as an Administrative Assistant and is currently a licensed Realtor. Laura is the proud mother of one son and two rescue dogs. She enjoys animal rescue, macro photography, flower gardening, singing in her church choir, painting, and spending time with her loved ones.

Debbie brings a diverse, yet highly complementary collection of both experience and education to the Haley Real Estate group. Debbie joins the team as a graduate of Virginia Commonwealth University with a Bachelor of Fine Arts degree in Interior Design. In 2010 she completed her Master’s degree in Business Administration from Strayer University at the top of her class. Debbie has spent much of her career involved in the design and construction of commercial projects and residences, both as a business owner and while also working for many prominent architectural firms in the area. She holds a certification with the Commonwealth of VA Board of Architects, Professional Engineers, Land Surveyors, Certified Interior Designers and Landscape Architects. In 2015 she became licensed as a VA real estate Salesperson/ Agent and has worked with several top agencies in the Virginia Beach area. The collection of her experience has given her a solid foundation in client relations, contracts, construction and design which she readily uses in guiding her clients in the sale or purchase of their home. She is committed to providing her clients with the level of attention and responsiveness that has been the core of every business relationship. Debbie’s success has been cultivated through her ability to listen….guide….and represent each client to the fullest capacity possible with honesty and integrity. Debbie enjoys spending her free time with her son, Finley, often on the many beaches throughout Tidewater. Her passions include attending summer concerts, farmers markets and fall festivals. She has a true entrepreneurial spirit and loves being a contributor to promoting beautiful homes, well designed buildings and communities. She enjoys spending her time on all things that support the art of living well.

Patience and professionalism are just some of the attributes of Helen and her team. Helen will not give up until she finds you exactly what you are looking for. I have in the past and will continue to refer her to my family and friends. John & Joan
Susan Corson provided outstanding assistance with our new home planning and our pending move to Virginia. She was extremely knowledgeable about the areas we were considering and maintained positive communication throughout the process. Susan’s advice… END_OF_DOCUMENT_TOKEN_TO_BE_REPLACED Leon and Norah Iveson
Susan was very good at explaining the process of buying and selling a home. Her attitude was always cheerful and positive. I would recommend her to be your broker. Ann and Bob Clark
We value Beth as our realtor because of her character and professionalism.  Whenever we are interested in a property, she goes the extra mile in making herself available to accommodate our schedule.  There are no high-pressure tactics, as she truly… END_OF_DOCUMENT_TOKEN_TO_BE_REPLACED Sandra Brown
Susan represented me on the sale of my second home. I am a licensed real estate agent but chose to enlist Susan for her knowledge of the local market. Being a licensed agent, I am somewhat picky and have high expectations. Susan met, and exceeded eve… END_OF_DOCUMENT_TOKEN_TO_BE_REPLACED David Bluthardt
The Helen Haley team has proven to be the best investment I could have made. Your years of relevant experience, prompt and friendly customer service and problem resolving abilities have contributed greatly to the overall success of my property transa… END_OF_DOCUMENT_TOKEN_TO_BE_REPLACED Michael K.
Helen found us exactly what we were looking for. We loved working with her; she is a wealth of information on related services. Bob & Carolyn
Helen and her team provide prompt responses to all questions and requests. We appreciate the professionalism and the personal attention. We had such a good experience that we will refer all of our friends to Helen. Marilyn & George
Beth listened to what we were looking for and within three houses we found OUR HOME! She’s such a personable relator and makes you feel like family! Courtney Cook
We had been looking for a “get-away” place for quite some time. When we came across this listing, I called Susan three days before Christmas and she agreed to show me the house the next day! From there, it was clear she was genuinely interested in ma… END_OF_DOCUMENT_TOKEN_TO_BE_REPLACED Stacy and Anthony Carter